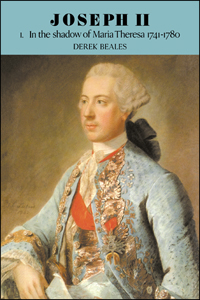 Derek Beales' two-volume biography of Joseph II (I: Joseph II. In the shadow of Maria Theresa, 1741-1780, Cambridge 1987; digital reprint 2008; II: Joseph II. Against the World, 1780-1790, Cambridge 2009) is an impressive achievement. It is based on a copious amount of archival sources which Beales uses also to supplement the most important printed sources. The numerous letters of Joseph from the Familienarchiv which Beales refers to, reveal how much Alfred von Arneth has arbitrarily omitted in his many editions of the Habsburg correspondence in this period. Historians who, like myself, have confined themselves to the letters published by Arneth, now have to realise that they have relied on a seriously defective source.

Beales has also made full and effective use of some sources which have been neglected by previous biographers. He has, for example, used the archival and printed sources on Eleonore Liechtenstein and Leopoldine Kaunitz, Joseph's 'Damen' (inappropriately rendered in English here as Joseph's 'Dames'), to shed a good deal of new light on the policies of Joseph II, and especially on his complicated personality. The use made of these sources in the first volume, makes chapter 10 'The Man', in my judgment, by far the best. 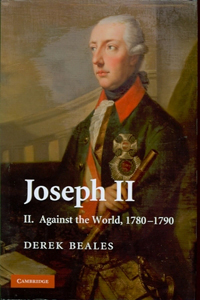 Anglo-Saxon readers will be particularly grateful to Beales for having taken the trouble to translate his numerous and sometimes extensive quotations from the sources into English, and to explain why he has opted for a particular rendering in English.

The second volume is in my judgment the better of the two by a considerable margin. In the first volume, conceived as it were, in the spirit of a nineteenth-century 'Life and Times', Beales was rather too much concerned to present Joseph as chafing under the dark 'shadow' of Maria Theresa. In the course of the twenty-two years which have elapsed between the publication of the two volumes, Beales has had cause to reconsider some of the judgments made in 1987.

The second volume contains many self-critical footnotes revising these judgments. It therefore seems regrettable that the first volume was republished in 2008 as a digital reprint, rather than together with the second volume a year later as a revised second edition.

In the course of his research on the second volume, Beales has evidently adopted a more critical view of Joseph. This can be seen even in chapter headings like 'Josephism Rampant'. I don't think that I have ever come across a more devastating analysis of Joseph's failures than Beales gives in his account of the Emperor's attempts to overcome the incipient resistance to his reforms in the Austrian Netherlands in 1787 or of the disastrous campaign against the Turks in 1788. However, the author of the first volume intrudes when Beales comes to summing up Joseph's own responsibility for these disastrous failures. After his analysis of the 1788 campaign, for example, in which Beales does not gloss over Joseph's own responsibility for its failure, he asserts in the final summing up that the cause of the military disaster was the Emperor's failure to be "ruthless enough to enable him to succeed in war". He supports this assertion with a reference to a letter sent to Kaunitz in August 1788, in which Joseph includes some Enlightened positions against traditional statecraft, in order to equip his Chancellor for the effort he asked him to make at this time to conclude an immediate separate peace with Turkey (577). With regard to Joseph's establishment of a secret police after 1786, Beales emphasises the small number of state prisoners Joseph ordered to be detained indefinitely without charge and ignores the fact that the new Ministry of Police was freed from all judicial control and the ominous consequences of this. Leopold II's attempted remedy was quickly reversed after his death. In general, when Beales sums up Joseph's own responsibility for the failures of his reign, the historian is overshadowed by counsel for the defence. I also detect the counsel for the defence rather than the historian, at the end of Beales' analysis of the Criminal Code of 1787, which in most of its provisions violated Enlightened positions on crime and punishment. On the public reaction, Beales writes: "What struck contemporaries most about the new criminal code was its egalitarianism". Franz Xaver Huber gets only one mention in this volume, and Huber's sharply satirical 'Schlendrian' novels are not mentioned at all.

For a historian familiar with the tolerant traditions of Oxbridge, Beales is at times less tolerant than one would expect. Too often he is unwilling to concede that in history different interpretations of a problem are natural and legitimate. In many cases of this kind, Beales brushes aside interpretations he disagrees with as "flying in the face of all the evidence".

While I find many of Beales' own interpretations convincingly supported by the ample evidence he adduces, - the ecclesiastical reforms are a good example - I also find some insufficiently borne out by the evidence. I refer here to only one - his assertion that after the Turkish attack on Russia in 1787, Joseph had committed himself to military intervention against the Turks with all his forces by the secret treaty concluded with Catherine II in 1781. The treaty clearly committed him to engage with "equal forces" to those mobilised by Russia in the event of Russia being attacked by the Turks. This, according to Kaunitz' Vice-Chancellor Philip Cobenzl, was in order "to bind Russia to the same in the case of a Prussian attack" on Austria. To an intervention "with all his forces", such as Joseph decided on (probably before the end of 1787), he committed himself to only in case a second Power attacked Russia after an attack by the Turks. Catherine II made the same commitment, in the case of a second power attacking Austria after an attack on her by Prussia. Beales obscures the clear distinction in the text of the secret treaty by his reference to a letter Joseph wrote to his brother Leopold, after he had concluded the treaty in May 1781. In this letter, Joseph chose to be deliberately vague about the commitments he had made to Catherine. Therefore he used what Beales himself describes as a most careless phrase, namely "mutual aid of 30.000 men, or, if necessary (sic!), all our forces". Instead of illustrating the deliberate vagueness of this account by referring to the text of the treaty, Beales follows the vagueness preferred by Joseph in the letter to his brother. He writes: "It does not seems to me [...] that "toutes ses forces" is very different from "forces égales"" (556, note 4). If readers will refer to the text of the treaty, published by Arneth in 'Joseph II. und Catharina von Russland', Vienna 1869, 76-81, I think they will agree with the majority of historians, that Joseph had other motives for his intervention against the Turks in 1788 with "toutes ses forces", than the commitments he had made under the treaty of 1781.

As in the first volume, the best chapters in the second are in my opinion those which cast new light on Joseph's complicated personality. Beales again makes excellent use of the correspondence between Joseph's Damen, Eleonore Liechtenstein and Leopoldine Kaunitz. In his account of Joseph's death he quotes at length Joseph's last letter of thanks to them. Even those already very familiar with this unique tragedy, will be moved anew by this account. I was fascinated to learn that Joseph expressed his "mortal bitterness" at having been "dishonoured and vilified in the face of the whole world" by being "ignominiously expelled" from his Austrian Netherlands by a "ramas de gens", not only in the letter to Ludwig Cobenzl, quoted by Hervé Hasquin in his recent biography, but expressed it in identical words in a letter to Mercy-Argenteau (Hasquin, 292; Beales, vol. 2, 622). Joseph, so eager in his lifetime to present himself to the world as an ordinary human being, reacted on his deathbed to the expulsion of his forces from the Netherlands by the army of van der Mersch like a grand seigneur who has been publicly humiliated by his menial servants.

Beales' biography is a welcome and most valuable addition to the rapidly growing literature on this fascinating character and impatient reformer, who failed, in so far as he did fail, because he considered himself the only truly impartial individual in his realm, and believed that he did not need the consent of any of his subjects to do what he considered to be in their best interest. The work can be strongly recommended and should be enjoyed. Why I think that readers will have reservations and differ from some of the interpretations put forward, I have indicated in this review.